Netball New Zealand is bringing Super Club back to Nelson for its third year from the 8-13 of December at Trafalgar Centre.

There will also be two international club teams, the Wasps from the Vitality Netball Superleague (UK) and Collingwood Magpies from the Suncorp Super Netball (AUS).

And for those who aren't able to make it, the games will be broadcast live on Sky Sport and streamed internationally.

Catch netball's best in action at Super Club this December! 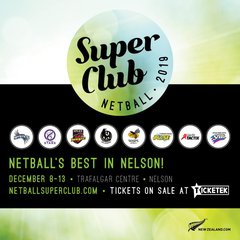 NBS Dancing for a Cause