The Free House - untied to any brewery. A craft beer heaven with an event yurt and beer garden in the middle of the CBD!

The Free House, launched in 2009 in a small converted wooden church in Nelson, was one of the first pubs in New Zealand to be created from the philosophical standpoint of increasing, rather than restricting, the choices available to beer drinkers.

In 2011, we had a Ger (or yurt) constructed in Mongolia and had it shipped to Nelson. It took us a week to erect and since then we have had hundreds of events in it, including regular music gigs, movie nights, pub quizzes, plays, record fairs, poetry nights, book launches, birthday parties, wedding receptions and even a dreads-cutting ceremony to raise money for Nelson Hospice!

The Yurt can accommodate up to 100 people seated, standing or a mixture of both. Tables, benches and chairs are available. Hire charges vary depending on factors such as the no of people attending, type of event, need for staffing, potential for alcohol sales by The Free House and so on. Evening hire can even be free if there is an expectation of good drinks sales for The Free House. 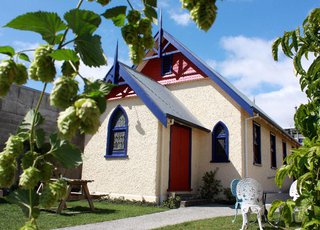